A date for your diary.  Details of this event will be posted here nearer the time. 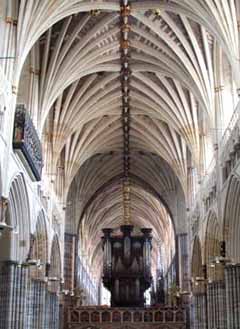 Anthem: Wesley: Blessed be the God and Father

There is no charge, except £1 if you wish to hire a copy. There will be retiring collection for Christian Aid.

This is not an RSCM event, but we are pleased to recommend it.

Come and Sing “The Crucifixion” by John Stainer 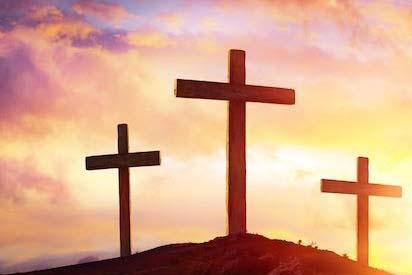 A chance to sing this memorable work in Buckfast Abbey, under the direction of Philip Arkwright

Please bring your own copy.

Canticles: Stanford in B flat,

Anthem: Stanford: O for a closer walk with God

There is no charge for this event (retiring collection) but please book using this form. 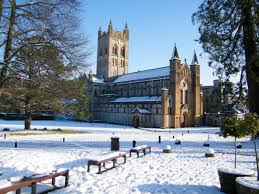 The  Advent Carol Service  was held in Buckfast Abbey on Saturday November 27th.  The uplifting and contemplative service was led by Abbot David.

David Davies directed the music which included ‘This is the truth sent from above’, ‘Now the Holly bears a berry’ and Charles Wood’s great anthem ‘O thou the central orb’, as well as favourite Advent hymns.

Matthew Searle was organist, and his concluding voluntary, Bach’s Fantasia in G, demonstrated the versatility and power of the Abbey organs.

As usual the event was well attended with the large choir occupying the Nave, and the congregation seated in the choir stalls and side aisles, and it was enjoyable to one again come together and sing, after the gloom and restrictions of the past two years.

This was in the form of a “Come and Sing” Evensong, directed by Peter Nardone, with Timothy Noon at the organ.

130 singers had booked, but illness prevented some attending, so the choir comprised 108 singers on the day.

The singing was of a surprisingly high standard considering the long lockdowns, and all those who have spoken, emailed and texted me really enjoyed themselves and were very appreciative of the efforts being made to put it on.
Louise Jones (Crediton) was awarded the Mike Ball Shield, Alex McNeice (Colyton) officially received his Gold Award, and was the excellent cantor for the preces and responses, and Tony Yates (Topsham) received the RSCM Certificate of Special Service which would have been presented at Celebration Day last year in Salisbury.
Especial thanks are due to Peter Nardone for his masterly direction of the rehearsal and service, and to Tim Noon for his dynamic accompaniments and voluntary. Great thanks to James Mustard for taking the service and preaching, and to Tom Salmon in the Liturgy and Music office for preparing and duplicating the orders of service. We are also indebted to the vergers for putting out and back the chairs and for dealing with the temperamental microphone.
Nicholas Brown – Devon Area Team Leader

The download is a.pdf file and is best viewed and downloaded using the latest version of Adobe Acrobat Reader. This reader may be downloaded free of charge from Adobe’s website using the following link – which will also identify the type of device you are using, and download the correct software. https://get.adobe.com/uk/reader/